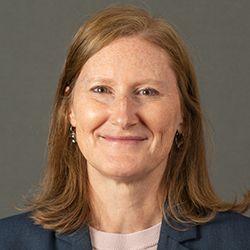 She brings to rpk GROUP a wealth of experience translating complex financial patterns and trends to public audiences, and her work has been featured in major media outlets including the The New York Times, USA Today, and National Public Radio.

Before joining rpk GROUP, Donna was Director, Delta Cost Project at American Institutes for Research (AIR) and also a Principal Researcher at AIR; she was previously Deputy Director of the Delta Cost Project. Donna managed the production of the Delta Cost Project IPEDS Database, which contains more than 25 years of data from postsecondary institutions, as well as an interactive website that provides institution-level financial information. She is a coauthor of the Trends in College Spending report series and has also reported on college athletic spending, and staffing and compensation changes in higher education.

Previously, Donna served as Vice President and Director of Education Studies at the Committee for Economic Development, where she led work on the economic benefits of preschool. As a Senior Economist at Educational Testing Service, Donna authored numerous reports examining the impact of economic change on education, skill requirements, and education reform efforts. Early in her career, she served as an economist at the Bureau of Economic Analysis, U.S. Department of Commerce, where she co-produced long-term regional employment and economic projections.